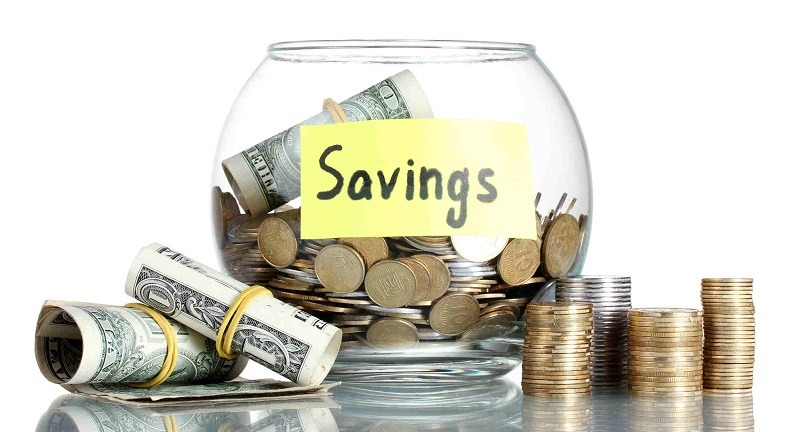 Not long into the 2008 financial crisis, the Federal Reserve among other policy responses dropped short-term interest rates to zero.   After nearly a decade of anemic economic growth, we finally started to see enough economic activity that the Fed began increasing rates.  Unfortunately, as we all know the government lockdowns caused a severe contraction to GDP and forced the Fed to reduce rates back to zero yet again.   All of this has resulted once again in limited savings options for the average American.

A savings account is never a great long-term investment option.  However, it’s imperative that all investors maintain some degree of short-term liquidity for emergencies.  In general, it’s a good idea to have at least six months to one year of an emergency fund so you don’t have to liquidate a longer-term investment option at an inopportune time.

Historically money markets offer savings rates that have been higher yields than a typical savings account at a national bank.   Unfortunately, in the current environment most money markets offer nominal interest rates not much better than a typical savings account.  One option that offers some improvement can be found in the online banking space.  The lack of “brick and mortar” costs associated with online banks will often lead to interest rates that are more competitive than a larger national bank found on every corner in the nation.  Traditional savings and money market accounts are useful when it comes to fulfilling the need for an account that will require day to day liquidity.  It’s also important to understand that not all money markets are FDIC insured.  Since a money market is technically a mutual fund, it is possible for the fund to “break the buck” and pay back less than $1 per share.  While this is very rare, it did happen in 2008.

CD’s are still a viable option as a short-term savings vehicle.  While the rates may not always seem that much more attractive than a typical savings/money market, they may still make sense.   If you likely have no need to spend down cash other than an unforeseen emergency, then a CD may still make sense.   Even if you need to lock in a CD for 3-5 years, typically the only penalty you would incur should you need to break it would be the loss of the interest that you would have earned.  There is generally no risk to your principal as long as you stay within FDIC limits.

An ultra-short term bond fund comprised of very-high credit quality is not a savings account.  However, they typically come with very nominal downside risk for the investor who doesn’t have any known short-term needs.   It’s important to pay close attention to credit quality, as a short-term bond fund in an extreme market downturn can see noticeable short-term losses.   While these declines are unlikely to look anything like the declines seen in equity markets, they can be impactful.  At the height of the market panic in late March of 2020 it was not uncommon to see a 5%-10% decline in short-term funds that took greater credit risk.  One clear indicator is the yield of a fund.  If the yield is noticeably greater, then more than likely its worth looking closer at the credit rating of the issuers the fund is buying.  In contrast, most short-term funds of very high-quality debt actually appreciated as the markets plummeted in March of 2020.

Many of us have had the local bank teller notice a large cash position and encouraged us to speak to the local investment professional at the bank.   One such option they will propose is what is known as a Single Premium Deferred Annuity (SPDA).  The SPDA is an insurance contract that functions much like a CD with no fluctuations to your investment principal.  They are not insured by the FDIC, but rather backed by the insurance company, and sometimes further backed by the state insurance commissioner’s office up to certain limits.

The advantage of the SPDA is that they sometimes offer rates that are a little better than a CD, and the interest is tax deferred.  Once they mature, the contracts usually have a floor interest rate that you can continue to collect without exchanging into a new annuity.  At times those interest floors have been attractive compared to current market rates.

The disadvantages are they don’t typically permit you to break the contract penalty free.  What you can often do is withdraw a percentage of the contract, sometimes 10% per year without penalty.   There is also a penalty on withdrawals made before age 59 ½, so it’s not a suitable option for those younger in age.

One area to be very cautious is in the floating rate space.   Floating rate notes are extremely short-term corporate debt that is only available to institutional buyers.  However, a number of mutual fund companies offer floating rate funds that buy such paper and offer more attractive yields.    A quick look at a chart of most floating rate funds will show price changes that are typically between 2%-3% principal fluctuation during positive or negative market changes.   During the 2008 financial crisis when the credit markets came to a near total freeze, these floating rate funds saw average declines of -27%.    This is an area that is often mistakenly looked at as a short-term cash position.  We would caution against such an approach.  Floating rate securities can be an attractive investment at times, but any vehicle that offers substantive credit risk is not an ideal savings alternative.

When it comes to an emergency fund, it’s important to remember that the goal is stability at the best interest rate available with a reasonable amount of liquidity, and not to become too frustrated with the low returns currently available.   Emergencies often happen during periods of great market volatility.  What you don’t want is to find yourself in a position of having to sell a quality asset at a depressed price, therefore eliminating your ability to benefit from an eventual price rebound.    Maintaining a proper emergency fund should actually provide you with more comfort in your ability to take greater risk with your other investment accounts with the knowledge that the short-term risk has already been addressed.