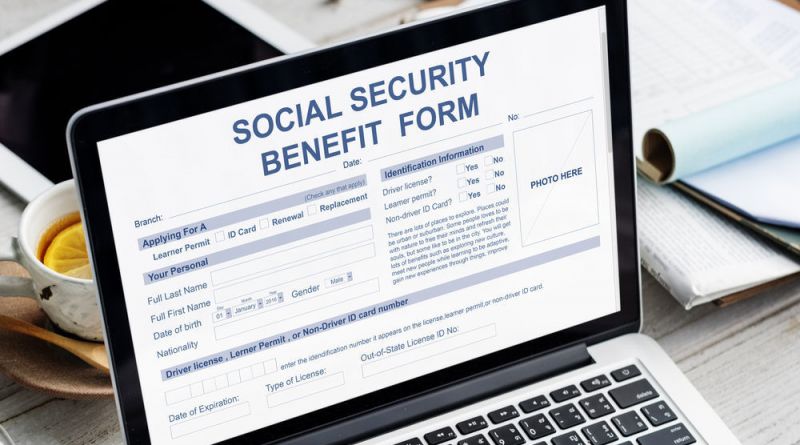 Among the most consistent questions my colleagues and I have received as financial planners from investors relates to the timing of when they should take their Social Security (SS) benefits.  Social Security is a relatively complex system with many rules that pertain to various circumstances.  Let me first emphasize that there are no absolute answers, and each individual’s situation should be assessed on its own merits.  Unless of course you can tell me precisely when you will die, in which case I can provide you with a far more precise answer.

I would venture to guess that the majority of articles and publications on this topic will suggest that you wait as long as possible to collect.   I will attempt to defy what may be the conventional wisdom, because in my experience the conventional wisdom is often wrong.   Let me first say, none of this is based on the known actuarial problems facing the SS trust fund, which begins to run a shortfall projected around the year 2033.  The SS trust fund is made up of intragovernmental debt (US Treasuries).  The funding sources for SS have been merged with the general taxes collected for many decades.  Since the United States operates as a fiat currency, “running out of money” is essentially impossible.   I say this not to minimize the challenges that such entitlement programs face, as they can have many other substantial economic consequences on the nation beyond the scope of this article.  However, the fear of the government “running out of money” should play no role in determining when you should collect your benefit.

The first thing to understand is that SS is actuarially designed so that when you reach your statistical average life expectancy you will have received the same exact total amount of dollars regardless of whether you began at age 62, age 70, or anytime in between.  Each day you live past your average life expectancy, the total amount of dollars received is greater for someone who delayed collecting their benefits versus someone who collected earlier.   Additionally, the term “average” life expectancy is quite misleading.   In financial planning we also study “longevity” planning, which is different than the average.   The average can be misleading because averages are impacted by unfortunate events such as infant mortality or a teenager killed in a car accident.  When we look at longevity, a couple that actually reaches age 65 has better than 75% chance that at least one of them will reach age 92 years old.   So, if you live long enough to qualify it would seem statistically highly probable that you will surpass the average, and therefore you are better off delaying your benefit.   While it may seem that way, here is why it may not.

The majority of examples that illustrate when an individual should opt for their SS benefits will look in isolation at the SS benefit, and often not enough at the details surrounding an individual or couples overall financial picture.  This approach will most often encourage you to wait as long as possible.   Let’s first look at the most common example, which is a married couple.   Many people are unaware that unlike a traditional retirement plan, SS does not offer a traditional survivor benefit.   This means that if Spouse A is earning $2,600 at full retirement, and Spouse B is earning $1,800 at full retirement, upon the death of either of the spouses, the survivor will receive the higher of the two benefits and lose the lower benefit permanently.

Let’s imagine a common example.  Client A is born in 1955 and their full retirement benefit at age 66 and 2 months.  The annual benefits offered are as follows:

For the sake of these illustrations we are going to discount the annual inflation increases on the SS payments because they would be applied at the same rate linked to the consumer price index regardless of what age you opted to begin collecting your benefit.

Client A’s benefit of $25,181 between the age of 62 until 70 is an aggregate income of $201,448 over the 8 year period.   If client A does not receive this annual benefit because they waited until age 70, then we might presume that they needed to spend down the $201,448 from another source such as a 401k, IRA, savings or another investment account in order to meet their income needs.   So how much is the time value of money on the $201,448 spent down to replace the SS benefit that was not collected because Client A waited until age 70 for the enhanced benefit?

If the same $201,448 remained invested earning an average return of 5% (which is well below historical long term market averages), that would compound into $297,630.    It is widely accepted based on countless financial planning studies that a properly balanced investment portfolio can sustain a 4% withdrawal strategy for 30 years increasing with inflation without depleting assets to zero.  If you were to wait until age 70 to begin withdrawals, a 4% withdraw should be more than sustainable and quite reasonable.  Even a 5% withdrawal at age 70 is highly plausible.  In the interest of remaining conservative in the assumptions used, we will use the 4% withdrawal approach.

Let’s remember that you don’t receive more in total benefits by waiting until you reach your average life expectancy, (currently approximately 81 for women and 76 for men).  What happens if Client A did not live to their statistical average and were to pass away at age 70?  Remember that the survivor benefit to the spouse is the higher of the two benefits, but they lose the smaller benefit.   In such a case the surviving spouse would lose not only the smaller income (which is at least 50% of the larger income), but the benefit of inheriting the $297,630 that was never realized because the assets were spent down rather than saved and grown via an investment portfolio during the 8 year period while waiting to collect the higher benefits.  The result of the combined loss in many cases can be dramatically impactful, if not financially catastrophic on many surviving spouses.

It is sometimes argued and entirely possible to insure this risk by buying a term life insurance policy on the amount of the lost savings.  However, term insurance typically ends at age 80.  In the event the insured died at age 81, the surviving spouse never receives the death benefit, nor do they have the accumulated additional dollars saved by collecting earlier.  Additionally, they lost the cost of the life insurance premiums they paid for 18 years, which negates some of the benefit of having just barely passed the breakeven point at their average life expectancy.    This strategy also presumes the individual is in fact insurable, which is not always the case depending on their past medical history.

What if Client A waits to collect at age 70 and both spouses live to the ripe old age of 95?

With the average life expectancy for a man being approximately age 76, that is an extra 19 years with an additional $7,706 per year past the breakeven point.  That is a total of an additional $146,414 ins SS income.

So while Client A may have collected a total of an additional $146,414 in total benefits by delaying benefits, we cannot ignore the investment capital that was spent down between ages 62-70, which we established earlier was equal to $297,630 with a 5% return for 8 years.   While this capital using the 4% withdrawal strategy is presumed to be generating less income, it does not necessarily mean it will be spent to zero.

In fact, according to research done by Michael Kitces, if you spend at a rate of 4% per year over a 30 year period in a balanced portfolio (defined as 60% stocks & 40% bonds), statistically 2/3rds of the time you’ll have more than 2 times the amount of assets at the end of a 30 year period.

More than ½ the time the value will nearly double.

More than 1/3rd of the time the retiree ends up with 5 times the amount of principal they started with at the end of 30 years.

90% of the time retirees finish with more than their starting principal at the end of 30 years.

From a legacy perspective, Client A’s estate is greatly enhanced by collecting early.  While an estate is more of a benefit to Client A’s heirs, either way the bills were paid to support their lifestyle during retirement, and their total net worth is higher at the end of their life.

Many of the above assumption are very conservative growth estimates.  However, it is still worth noting that in order for this to work, Client A must stick to an investment plan in a disciplined manner.  While many retirees certainly do just that, others have a tendency to panic during periods of market volatility which then undermines the above assumptions.

There are other variables worth considering such as taxes.  If the funding source for the theoretical investment capital is a retirement account subject to income taxes on withdrawals, this must be compared with SS income which has some additional tax benefits.  SS income is exempt from State income tax, and at least 15% of the benefit is exempt from Federal income taxes.    While that is a slightly greater benefit for SS, it is not enough to offset the benefit of collecting early in many circumstances.

What if you had no need for your Social Security Income at all?

If you and your spouse have no need for the SS income or the assets you have saved to generate a cash flow because perhaps you have a large pension benefit that more than pays for your lifestyle, then that SS income possibly becomes discretionary investment capital.

Assuming you live to age 95 and the income was invested annually compounded at 5%.

In this example, if you never needed the funds and invested them at the same rate of return, and lived to age 95, it paid to wait.   However, you would need to live until at least age 82 to have benefited from waiting.   Once again, if either you or your spouse pass away prior to that, the lack of a survivor benefit on the lower income is a substantial difference.

As we referenced earlier, there are no absolutes, and circumstances do exist in which it certainly does not pay to collect early.  In the event that you are still working, you want to delay benefits until at least your full retirement age in order to avoid penalties that would negate a substantial portion of the income, if not all of it.

If you and your spouse are in a position where you have not saved an adequate amount of money to support your lifestyle and you are likely to run out of money no matter what you do, it likely pays to delay the benefit as long as possible since you will not have investment capital to produce any compounded growth.   If you are essentially running out of liquid assets anyway, you are likely spending all of the SS benefit every month, and no wealth is accumulated no matter what happens.  Therefore, the larger lifetime payment makes sense.   If you died well before your average life expectancy, you never reached your breakeven point.  But either way there is no legacy of assets left to heirs.

Each situation must be examined independently in order to make an educated decision.  However, it is wise to be cautious of software programs, or any form of advice that measures only the metrics of the SS benefits formula without accounting for all the other moving parts that make up your personal financial profile.