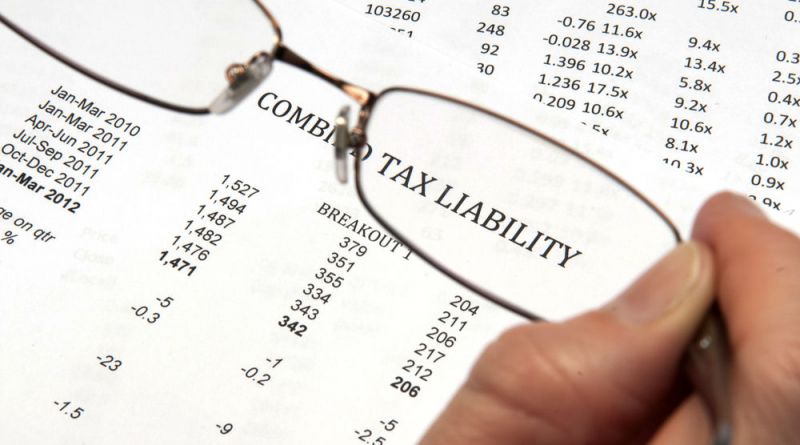 There are few things people dislike more than having to pay taxes. Investors are no different in that regard, and perhaps even more so as it pertains to capital gains taxes. When an individual goes to work, they know at the end of their work day that they will typically be paid based on specific formula of hourly wages or salary. Investors often commit dollars to a specific opportunity with no guarantee of any return whatsoever. In fact, the risk of a loss of some type is almost always a threat. As a result, any opportunity to enhance the probability of success is paramount. Tax efficiency is a key component of a well thought out investment plan. Tax Loss Harvesting is one of the most important aspects of a tax efficient investment plan.

When an investor loses money on a capital investment, they may report the loss on their income tax return as an adjustment against their ordinary income (wages/salary). Presuming they have no capital gains in the year of the tax filing, they are permitted to utilize only $3,000.00, and carry the remaining amount forward into future tax years using $3,000.00 annually. So if you bought a stock or lost money on an investment property, it wouldn’t matter if the loss is in excess of $100,000.00. The total loss would take more than 33 years to realize!

However, the IRS does permit the use of an entire capital loss to be used on a dollar for dollar offset against a capital gain in a given tax year. So, the same $100,000.00 loss can be used to wipe out a $100,000.00 gain in a single year, netting a zero tax liability.

When it comes to the active management of an investment portfolio, this is where things begin to get creative.

The IRS has a rule known as a wash sale rule.

The rules effectively state that a wash sale occurs when you sell or trade securities at a loss and within 30 days before or after the sale you:

Acquire substantially identical securities in a fully taxable trade, or

Acquire a contract or option to buy substantially identical securities.

If you were to buy a stock, and then subsequently sell the stock for a loss, and then repurchase it within the restricted time frame referenced above, the loss will be disqualified. The reason is the IRS does not want investors to sell investments and immediately buy them back the same day in order to capture a loss against something they still really own all the while. New and more advanced technologies now require brokerage firms to track cost basis in great detail which is transferred with an investor’s account from firm to firm, and then report gains and losses to the IRS on the form 1099

The term “substantially identical securities” would clearly mean that you can’t sell stock in IBM, and then re-buy IBM within the window of restriction. It would also prohibit the purchase of options in which IBM was the underlying security. Furthermore, should an investor sell a Vanguard S&P 500 index fund, then immediately purchase a Fidelity S&P 500 index fund, the same would be true, as the underlying investments pertain to exactly the same investment components in the same proportion. Now let’s imagine that you purchased an investment in an S&P 500 Index ETF, and the market subsequently declined. In order to capture the loss, you opted to purchase a position with the sale of the proceeds into an ETF that tracks the Russell 1000 index. In this case, your loss is in fact permitted. The reason is while you are purchasing another index which is highly correlated with a great deal of overlap in underlying holdings, they are not precisely the same.

What about traditional Mutual Funds?

Actively managed mutual funds offer a similar benefit. In the sale of one mutual fund in order to buy another mutual fund that has a manager with a similar strategy and core holdings, the loss is permitted. In both of these examples the positions are substantially similar and highly correlated, but not substantially identical.

Why does this matter so much?

A key part of a sound long term investment plan is to actively rebalance a portfolio during the year back to an appropriate level of risk. In a year in which stocks have done well and bonds have done poorly, you should be trimming some of the profits from your stock market exposure, and adding those profits into your bond market exposure. In years where the opposite has happened, you do the inverse. This process of rebalancing forces a portfolio to constantly sell high and buy low. However, when done in a non-retirement account (IRA/401k) that is not tax sheltered, this can begin to present tax problems.

When utilizing proper Tax Loss Harvesting techniques, the tax liability can be mitigated if not eliminated. Imagine that you had a poor year in the stock market, and wanted to sell some of your bond holdings in order to put more money into your stock holdings. What if the new money was supposed to go into the S&P 500 ETF, which has now declined by $10,000.00 since the original purchase? You can simply sell the entire position, capture the tax loss, and use the proceeds plus the new money from the sale of the bond holdings to purchase the Russell 1000 ETF. In doing so, you have rebalanced your portfolio back to the originally desired asset allocation. Simultaneously, you have captured a tax loss that can be utilized against the sale of the bond holdings where you took the profit and realized a capital gain, allowing one to cancel the other, possibly resulting in a ZERO tax liability, or even a deduction.

This technique becomes increasingly important for investors that buy actively managed mutual funds outside of a tax sheltered retirement account. Actively managed funds often payout capital gain distributions to shareholders of a fund following a positive, or in some cases negative year in relation to the trading that took place. This is essentially a payout of a cash distribution in a specific amount of dollars, while then simultaneously reducing the value of the funds price equal to the amount of the distribution. In some cases a new investor may have bought a fund close to the end of the year, having never participated in the prior gain. Yet, they will still be affected by a distribution the fund pays to existing shareholders. Such a situation is the worst of all scenarios, as it is can essentially be a tax liability without ever having realized the gain. Not many investors wish to pay tax on someone else’s gain.

Bond Funds present a particularly interesting opportunity, because they derive most of their return from the dividend/interest income they produce. While they have no stated maturity date, the underlying bonds held in the fund do. Imagine an investor who buys a bond fund in their portfolio for diversification, but does not need the income at this point in time. So as a result, they opt to re-invest all their monthly dividend income.

Let’s look at an example using the average cost per share methodology for tax purposes.

An account set for reinvestment of dividends and interest, buys Mutual Fund XYZ which pays $40 a month of interest. In this example also assume an initial purchase of $10,000 and no change to the net asset value of the investment at the end of the period:

Let’s assume that rather than reinvesting the interest payment each month, you had the interest payment go into your money market account. The cost basis would stay at the original $10,000, you would have collected $480 dollars of interest, and you could still recognize a taxable loss if the mutual fund was sold at a price of less than $10,000.

The reason this is a loss with the IRS in the case of the reinvested dividends, is the dividends you received which drive the return of the investment were not obligated to be reinvested. However, because you did reinvest them, you altered your cost basis every month. In many cases, what is a loss on paper may actually be a gain. Now, using a similar strategy as referenced earlier, you can sell XYZ bond fund # 1, and buy ABC bond fund # 2, which are very similar, and captures a loss even when there is really a positive net return.

The use of harvesting losses can offset a capital gain whether realized in the year it was captured, or a future capital gain. There is no disadvantage to harvesting losses, because they can be carried forward for future years without expiration. This should be done at every opportunity that will not trigger excessive trading fees.

In a real life example, in late 2007 we dealt with a client who invested $1,000,000.00 just before the market began to decline precipitating the financial crisis. Through proper tax loss harvesting, the client was able to harvest more than $300,000.00 in tax loss carry forwards. By late 2010, the client had a portfolio that had more than fully recovered back his original value if $1,000,000.00, plus some nominal small gains. The following year, he was able to sell a rental property that he and his wife had for many years been attempting to sell, which generated a taxable gain of $250,000.00. As a result of the proper active ongoing approach to tax loss harvesting, and a disciplined commitment to long term investing, the client realized a tax liability of ZERO, while maintaining their investment allocation for longer term growth.