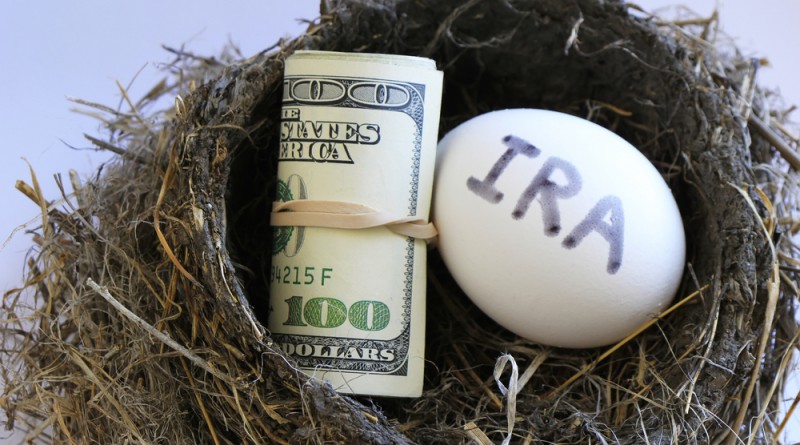 Whether or not you should convert to a ROTH IRA, like most financial questions is dependent on the circumstance. First it’s important to distinguish between a contribution and a conversion.

A contribution to a ROTH is a not tax-deductible addition from a savings source that is not part of a current retirement plan. This is non-deductible because the gains on the ROTH IRA are income tax free at distribution, whereas a traditional IRA contribution may be deductible against your current adjusted gross income, and yet taxed upon withdrawal.

When examining a conversion to a ROTH, you are considering the possibility of taking an existing retirement account (IRA/401k etc) and paying the taxes on all or some of the funds in order to convert to a now tax-free ROTH account.

The contribution to a ROTH is limited based on your adjusted gross income. The phasing out of eligibility based on income differs from single filers to married couples. However a conversion to a ROTH no longer has an income limitation associated with eligibility. If you are willing to pay the taxes on dollars that are currently tax-sheltered, there are no restrictions on the dollar amount of the conversion. It should be noted that while there are caps on ROTH IRA contributions, that is not the case with ROTH 401k’s sponsored via an employer plan.

The answer as to whether or not to convert to a ROTH is often, “No,” but that is not always the case.

The reason it is not always prudent is the effect of the withdrawal of your assets up front to meet the current tax liability must be weighed against the tax free benefit. For example…let’s assume that you are age 50 and have $200,000 in a traditional IRA. Converting the lump sum amount would likely move you into a relatively high tax bracket when adding in any other income sources. If you assume a 28% hypothetical rate after deductions, the calculation would look something like this:

A traditional IRA earning an average return of 8% would have compounded to approximately $634,433.00 by age 65.

The lost 56k has a future value at the same rate of return of $177,641. This is worth a difference of about $7,000.00 per year in pre-tax income for a 65 year old retiree who uses a 4% spending strategy. This is exactly at the point in which you may now need the income…potentially in a lower tax bracket in retirement, thus negating much of the tax-free benefits.

If you were at a lower tax rate in retirement, say 15%, and used a 4% withdrawal rate at age 65. The results from an income perspective are as follows:

Some might look at these projections and assume that they will pay the taxes from another source, which is advisable should you choose to convert. However you are still depleting a sizeable amount of working investment capital from somewhere up front.

Does this mean we should never convert to a ROTH? No. It does not.

In many cases an individual may have substantial resources to secure their income in retirement, and not need the ROTH IRA for income after converting. In such cases, the asset may simply be inherited by beneficiaries who themselves may be in a higher tax bracket when they receive the income. Additionally, the conversion to the ROTH eliminates the need to take required minimum distributions, thus compounding the tax-free shelter for those who are not in need of income for a much longer period.

In some cases, it may make perfect sense. One clear-cut example would be circumstances in which you have a traditional 401k plan with an after-tax portion that is segregated. There are still a number of retirees, or soon to be retirees that have retirement plans that were established prior to 1987. Many of these participants have a portion of their plan that was contributed to on an after-tax basis. When doing a rollover of your plan after leaving your employer, you can convert the after tax portion directly to a ROTH with ZERO income tax liability since it was already taxed. However, if you roll the entire plan into a traditional IRA and comingle the funds, you will not be able to do this in the future. It is generally not a good idea to comingle pre-tax and after tax dollars regardless of the intent to convert to a ROTH IRA. However, the conversion in that scenario is a fairly simple determination.

Another common scenario is that of those on tax-free disability pensions. If you are a retired police officer or firefighter who was hurt in the line of duty, you are likely receiving a disability pension that is tax free. If that is the case you may have more tax deductions from things like mortgage interest and property taxes than you have in taxable income. Perhaps the combined deductions are equal to a hypothetical $20,000. Remember that you are not required to convert the entire balance at once. Partial conversions of cash or securities can be processed each year. That means in this scenario you have at least a 20k cushion to convert each year with once again a ZERO tax liability. After several years you may find that you’ve converted the entire balance to a tax free account.

There are several other possible scenarios where this type of a conversion makes sense. One is a young person whom is in an extremely low tax rate and will pay no taxes anyway because their account balance is too small and will not generate much taxable income upon conversion.

Generally in cases where it makes sense to convert to a ROTH, it rarely makes sense to convert a sizeable balance at one time. It is usually a good idea to work with your CPA and financial planner towards the end of the year to run a mock tax return and get a better idea of just how much can be converted without creating a substantial tax liability. If this is not done carefully you can trigger numerous problems. Among them is potentially triggering an Alternative Minimum Tax (AMT) liability from the increased income.

In general, an important consideration is when you will need the funds. If you’re assuming the tax liability up front and you are willing to do that, you should make sure that you will not need the proceeds anytime soon. Because of the amount of tax liability you may incur, it tends to make more sense when you can justify growing the funds for a longer period of time. Clients who have no real need for their IRA have a stronger argument for a conversion. Most importantly, you need to address this on a year-by-year basis. You may be in a position that a conversion makes sense this year, but next year your tax status changes and it is no longer advisable. Don’t rush to convert solely on the basis of assumed higher tax rates in the future. Many feel rates will go up, and may be correct. But the tax code is complex and may not necessarily be higher for you. It may also increase and be yet again reduced. There are not many absolutes in financial planning. Each circumstance must be evaluated on its own merits.