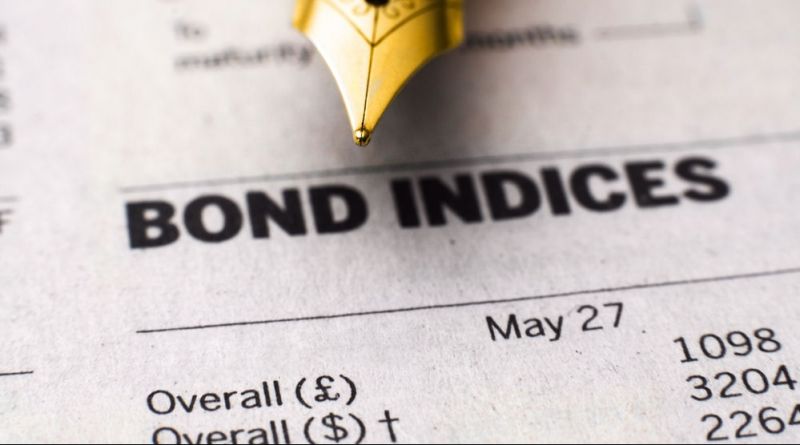 As many investors have started to take note, interest rates have begun to rise.   The Federal Reserve Board (Fed) has signaled at least three interest rate hikes for the calendar year 2018.    As the additional concerns of rising inflation begins to mount in the eyes of many forecasters, it is entirely possible that the Fed will act even more aggressively in raising their target rate.

Differing economic conditions can pose challenges to various different asset classes, as well as investment vehicles within a given asset class.  A rising interest rate environment is generally perceived to be a poor environment for fixed income investments.  This tends to be true in a broad sense, although not exclusively true in all areas of fixed income.   Certain types of fixed income investments tend to do well in a rising interest rate environment.  One such example would be High Yield bonds, which tend to benefit from expanding credit.

In a more broad sense, rising interest rates are a challenge for bonds.  The simple reason is that existing bonds are priced based on a number of metrics such as credit quality, maturity, callable features and the coupon of the bond.  The coupon is the stated interest rate the bond pays when it was issued.  If you purchased a bond paying 3%, and new bond offerings of a similar profile are offering 5%, this makes the bond you hold less attractive and will devalue that bond in the eyes of the current marketplace should you wish to sell it prior to maturity.   Even if you have no intent on selling a bond prior to maturity you may suffer from some “statement shock” when you notice the reduction in value.

The fixed income markets in general have benefited from a period of primarily declining interest rates since the middle of 1981.  Since then, according to Ibbotson Associates the SBBI U.S. Government Treasury Index has averaged better than an 8% annual return.   Much of this performance was frontloaded in the early 1980’s as rates began to decline from unusually high levels in which the intermediate treasury was yielding in excess of 16%.   As an example the 7-10 year Treasury index managed to post only an average return of 1.53% for the 5 year period ending in December of 2017, as rates have remained at historic lows for a decade.

More importantly, the concerns relating to fixed income markets is often centered on how will fixed income investments fare should we see a sustained environment of rising rates.   Much of this is likely dependent on numerous factors such as the timing and pace of Fed policy.    After all, much of the Fed’s policies such as the multiple rounds of Quantitative Easing and its rapid expansion of the Central Bank’s balance sheet are unprecedented.  So it remains to be seen how successful the unwinding of such policy positions will be.

However, there is some historical data to reference regarding fixed income and prolonged rising rate environments.   During the period between 1941 until the peak of interest rates in 1981, there was a longer term trend of fairly consistently rising rates bringing the yield on the intermediate U.S. Treasury from about 0.51% to a peak of 16.4%.   During this period in time the intermediate Treasury market still posted average returns of about 3.3%.    So while the returns over this 40 year period where less than half of that the next 37 years posted for the Treasury market, it was still a net positive performance.   During this period of rising rates there were some negative years.   Yet, negative for fixed income tends to be far less impactful than its equity market counterparts.  According to the NYU Stern School of Business, the single worst year for the 10 year US Treasury bond was in 1969 in which the total return inclusive of dividends was a decline of -5.01%.    Interestingly, the worst years posted for the 10 year treasury were actually during the great bull market in bonds over the last 37 years, which were 1999  which was a decline of -8.25% and 2009 which was an -11.12% decline.  During both of those years the stock market countered this downturn in fixed income with the S&P 500 stock index which was positive by 20.89% & 25.94% respectively.

So while to a certain extent we are in some uncharted territory as pertains to Fed policy, there is a reasonably good track record of rising rates and the impact on the bond market.  Yet, it is still important to distinguish between the historical impact of rising rates on Treasury securities versus other areas in the fixed income markets.  Treasury bills have historically been representative of a risk-free rate of return.  It is fair to say that there is no true risk-free asset when one accounts for other forms of risk, such as inflation.  It is fair to say that treasuries do not pose a default risk.   Unfortunately, this is not true of all fixed income investments.  Corporate debt can in fact default, and even municipalities can go bankrupt altering their repayment of debt obligations.   It should be noted that municipal bankruptcies historically have been an extremely rare event.

An investor should understand the relationship between changes in rates and their bond portfolio in total.  Each bond has what is known as Duration Risk.  Duration is a complex calculation involving present value, yield, coupon, final maturity and call features of a bond.  This can be measured by examining an individual bond or the average across a portfolio of bonds, or bond funds to assess an average duration.   The simplest way to understand duration is that for each 1% change in interest rates, the price of the bond or bond portfolio should approximately move inversely by the percentage amount of its duration.

As an example, if a bond portfolio had an average duration of 4.5, then a 1% increase in interest rates would indicate a theoretical decline of 4.5%.   The opposite is true in a declining interest rate environment.   Understanding this risk is paramount in building a fixed income portfolio.

It is also imperative to understand that when building a truly diversified investment plan, fixed income is not measured exclusively by your short or long term forecast of the bond market.  It must also be measured in relation to other asset classes you own.  While bonds can and do have negative years, those years are not nearly as poor as the volatility and single year declines associated with stocks.   Due to the fact that stocks and bonds do not always move in tandem, bonds serve the purpose of diversification, a consistent income stream, and the dampening of volatility during periods when stocks can contribute significant amounts of volatility and downward pressure on an investment portfolio.  This becomes particularly important as it pertains to those investors who are either retired or approaching retirement and in need of generating a consistent cash-flow from their investments.

While the forecasts made by many of a challenging investment environment for fixed income may in fact come to fruition, it is difficult for any investor truly interested in a diversified approach to eliminate an entire asset class.   Often times, even in a challenging environment for any asset class there may be many areas of opportunity within in the bond market.  Perhaps that will be in international markets or varying degrees of credit risk.  No matter what the outcome, it is likely that bonds still serve an important role for the majority of investors to some degree.