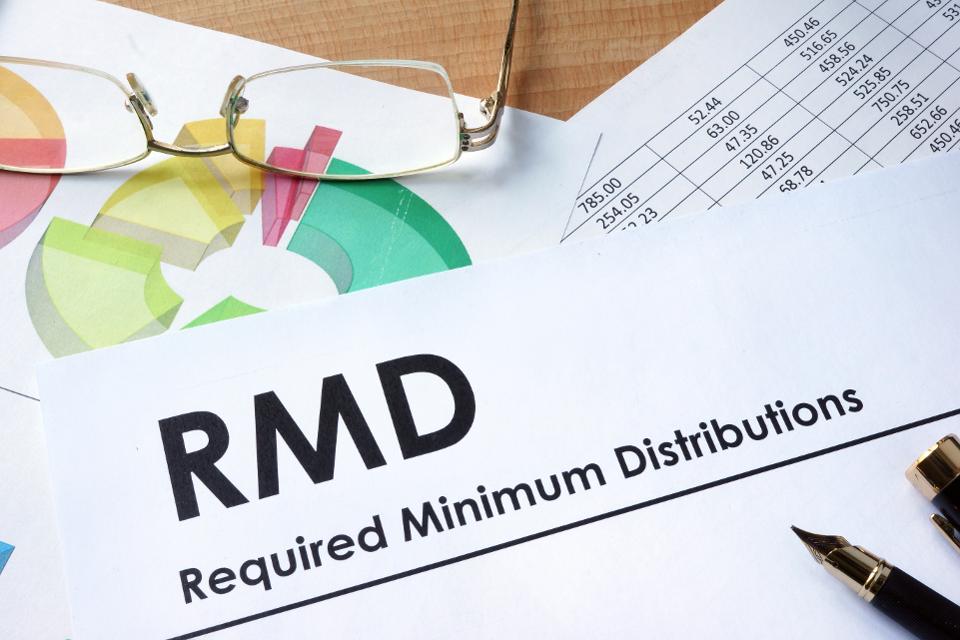 A required minimum distribution (RMD) refers to the amount of annual withdrawal an investor must take from their qualified retirement accounts (IRA’s, 401k’s, 403b’s etc.) once they have attained 70 ½ years of age.  The IRS maintains a mortality table for investors to use in order to calculate what amount they must withdraw each year.  This table has you divide your December 31st account balance by your stated IRS life expectancy to arrive at the annual figure.   The withdrawal becomes taxable ordinary income in the tax year it is received.  Any failure to meet the withdrawal can trigger a 50% penalty on the amount taken in addition to the taxes due.   ROTH IRA’s are exempt from the RMD calculation because they are made up of after-tax contributions, with tax free withdrawals.   It should also be noted that if you are still employed full time and participating in an employer retirement plan after age 70 ½, that plan is exempt from the RMD until you separate from service.

In many cases, investors live off of the income that is generated from these retirement accounts, and often take more than the required distribution.  However, in some cases investors have saved quite a bit, or have other income sources that support their lifestyle, such as a pension or even employment beyond age 70 ½.   In such examples, the RMD simply creates an unnecessary tax burden that is undesirable.   As a result, there are a couple of ways to either eliminate or defer this tax impact,  yet for many investors they may not always be desirable.

Investors who are already charitably inclined may find this to be an attractive option.   The IRS permits a tax-free withdrawal from your IRA in the amount of the RMD not to exceed $100,000 annually once you have reached RMD age, as long as the withdrawal is paid directly to the charity.  The amount taken will be counted as part of the amount needed to satisfy your annual RMD.  This is known as a Qualified Charitable Distribution (QCD).  This must be donated directly to a publicly registered 501(c)(3) charity, not a private foundation set up by someone or some group.    This is not meant to disparage many of the private charities that do wonderful work, but rather to prevent fraud.   The funds cannot be sent to a donor advised charitable fund that will eventually fund the charity, nor can you take possession of the funds and then make the contribution.

The $100,000 or less withdrawal must be met before the RMD is satisfied in order for this tax exemption to be realized.  As an example, you cannot spend $150,000 on yourself in IRA withdrawals and then send $100,000 to a public charity as part of a separate withdrawal.  In the case of those looking to make a charitable contribution, it is prudent to do that first early in the tax year, and then apply any amount withdrawn above the charitable contribution to your own taxes.

It is not necessary to itemize your income tax return in order to use the QCD.   This is important under the new tax law.   Many retirees have less debt or in some cases no debt.   Typically, their children are independent, leaving them with nominal itemized deductions.  Under the newest tax laws which took effect in 2018, the standard deduction was doubled to $12,000 per person.   If you are over 65 years of age, there is another $1,300.  In the case of a married couple that has reached the age in which they must take their RMD’s, their standard deduction is a combined $26,600 annually.   While they have may have limited deductions, they may still have substantial assets.   So under the QCD, they can still take the standard deduction and then utilize this charitable deduction in addition.

A QLAC is a type of annuity contract that will not eliminate the tax on your RMD, but rather defer it.  This can be attractive if you have reason to believe that your income tax rate will decline in the future.  Perhaps someone who is working past age 70 ½, or has some other income payment that is finite might be a candidate.

The way a QLAC works is similar to that of a traditional annuity payment.   It allows you to fund the annuity the same way an immediate annuity would be funded for a lifetime payment, except the income is deferred until as late as age 85.   An investor can fund the lesser of $130,000 or 25% of their qualified retirement accounts to fund the QLAC.   This becomes a single premium payment, which creates a guaranteed lifetime income payment in the future, and delays the tax impact for as much as nearly 15 years.

The guaranteed payments can have a joint annuitant similar to other annuity products to protect you in the event that you pass away at a younger age without realizing the full income benefit.  In such an example, if you purchase a QLAC at 70 ½, and your spouse is 10 years younger than you, there is a high probability your spouse will outlive you.   Should you pass away at age 72, and your spouse lives to 95, they would continue to collect the same income if you opted to make them a joint annuitant.  However, the insurance company would base the payments on the mortality schedule of the younger annuitant, which invariably will lower your annual income when you begin to collect.

QLAC’s were designed to be longevity insurance, as the name implies.  The QLAC can also be used to defer the tax liability temporarily, but not without consequence.   If you were to calculate the internal rate of return on locking up $130,000 at age 70 ½ for 15 years to generate an income at age 85, you’d likely find a nominal growth rate being provided by the insurance company based on historical standards, which may not make sense in the grand scheme of your financial plans.   Typically, it will make more sense to realize the RMD and its tax consequence at 70 ½ while continuing to grow the assets.

There are no generic answers that apply to everyone, and as such we evaluate your own scenario based on its individual merits.