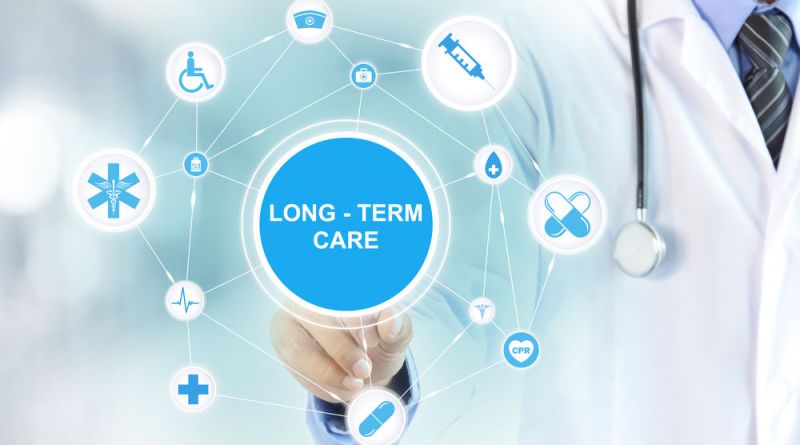 Long-Term care insurance can be controversial. Unlike other insurance solutions, the decision as to whether you should own this type of coverage is up for debate. As with all financial decisions, this should be researched and determined with a great deal of thought.

For many people, a great deal of concern as our population ages, would be ending up in a nursing home. Alternatively a concern is that a relative, or oneself, would need to live in a nursing home or assisted care facility, but not being able to afford the right place. The harsh reality is that this type of care is expensive.

According to the 2015 Genworth Cost of Care Survey, the median annual cost of a room at an assisted living facility in the U.S. is $43,200. That same private room at a nursing home averages almost $91,250 per year. In more expensive regions of the country, such as the state of New York, the cost of care jumps to $49,200 & $136,437 respectively. As a result, the average individual should at educate themselves as to what options would best serve them.

Covering the costs of long-term care

There are four main ways that an individual can pay for long-term care. They are:

Many people believe that Medicare is the solution. However, Medicare only covers long-term care costs under very limited scenarios. Medicaid will cover these costs, but it is a “needs based” program that essentially requires an individual to be both sick, as well as indigent, in order to be eligible for aid. Many individuals spend a great deal of time consulting with attorneys and financial advisors regarding estate planning, so they may protect their assets for their heirs. This is becoming increasingly difficult as asset transfer look back periods have been increased to 5 years. It is possible that this time frame may be extended further in the future, and the ability to gift assets out of one’s estate in advance may be more difficult.

As demographics change over time as the population ages, it is likely that it will become more difficult to qualify for government assistance. Medicaid is typically a last resort for someone who needs care, but has already spent the majority of their personal assets. Because Medicare and Medicaid are not the best of solutions, it is important to have alternative plans to cover the costs. Some may have the resources to self-insure. For others, purchasing a long term care policy may make more sense.

How does long-term care work?

Long-term care (LTC) policies generally pay a specific dollar amount for each day of care that is covered by the policy. Services can include home health care, adult day care, respite care, care in an assisted living facility, or in a nursing home. The policy benefits are triggered when an individual needs help performing the normal activities of daily living (ADL), for example: bathing, eating or dressing. In the United States, there are currently approximately 10 million people who need help with ADL. As life expectancies rise, these statistics are expected to grow. The President’s Council of Economic Advisors estimates that 70 percent of people who reach the age of 65 will require long-term care in one form or another before they die.

LTC policies are usually quite expensive, and are not for everyone. An LTC policy would not be a suitable purchase for an individual who has the following restrictions:

If, however, an individual desires to protect personal assets for their heirs and can afford the premiums, purchasing a policy is worth the look. Some individuals may purchase a policy for the peace of mind, so as to not be a burden to one’s relatives. In some cases a policy is purchased simply to be able to get into the right facility or even to be cared for with at-home care for as long as possible. Whether or not it makes sense to purchase a policy is most certainly a case by case scenario.

If an individual concludes that a long-term insurance is worth considering for their circumstances, there are a few things one should consider prior to purchasing a policy. Some policies exclude certain pre-existing conditions. Most have an elimination period once an individual enters a facility, before benefits begin to pay out. It is imperative that the insurance company offering the policy is reputable and financially stable. Many policies have benefits that max out at a certain level. The policy should cover a broad spectrum of services as well from home care, to assisted living, and nursing home care. Preferably, it should be an indemnity reimbursement policy once an individual qualifies for benefits, rather than an itemized bill submitted for costs that have to be subsequently approved.

Another consideration is the possibility of coupling life insurance with a LTC policy. While most financial managers generally do not look at permanent life insurance policy favorably as an investment instrument, policies with a LTC rider should be considered. In this type of policy the LTC benefits can be paid in advance of the death benefit of the policy. It is essentially an advance on death benefit proceeds, and often pays more in aggregate LTC benefits than the death benefit. This is typically done with a cap on the monthly benefit. The advantage is simply that a traditional LTC policy can be a sizeable expense. However, if an individual dies suddenly, and never utilized the benefit, this effectively leaves substantial assets to the insurance company. While this is no different than car insurance or homeowners insurance, the difference is LTC policies often carry a sizeable premium. When coupling the life insurance policy with a LTC rider the total cost of coverage is often even more expensive, but there is a guarantee that some form of a benefit will be distributed. If the LTC rider is never activated, the beneficiaries will receive the death benefit as an alternative. Additionally, the underwriting process to determine insurability may be more stringent, as the insurer must weigh the risks of not only a LTC need, but the certainty of death. Those upfront costs associated with these policies are typically more expensive. However, because many offer a fully refundable premium at any point in time, they may seem attractive to an individual holding a heavy cash position which is earning a nominal interest rate in a liquid savings account. Transferring that cash into such a policy will continue to provide liquidity along with insurance protection.

When and how to apply

Being approved for LTC insurance becomes more difficult as and individual ages. As a result, the average age to purchase LTC insurance is 57. According to the American Association for Long-Term Care Insurance, approximately 50% of those waiting until age 70, will be declined due to health reasons.

It is a good idea to look not only at the insurance company’s credit rating, but also the company’s track record in this field of insurance. Many insurers have left the LTC insurance market because they found it too difficult to make actuarial projections on the viability of such an insurance product. Many still offer policies that are subsidized at the state level for part of the cost. In New York State there is the “NYS Partnership for LTC”. One downfall is that subsidies such as the NY state plan can preclude you from utilizing the policy benefits out of state with the same level of asset protection. With so many relocating in retirement, these policies (while more cost effective) may not be viable. However, some states with similar partnerships have agreed to meet the obligation of another state’s plan for those who have relocated. Some companies have had substantial premium increases after the policy is issued. In some cases, it is possible to purchase what is known as a “Ten Pay Policy”. This allows an individual to pay increased premiums for 10 years and the policy is considered to be paid in full and is no longer subject to policy increases. Other policies, such as those coupled with permanent life insurance, allow payment for a policy at an increased premium up front, and in return a request for a full refund should the benefit never be fully realized.

A little known benefit is that existing annuity contracts that are Non-Qualified (purchased outside of an IRA or employer based plan) are permitted to take a tax free withdrawal on any gains as long as the proceeds are utilized to fund the LTC premiums. This can be done on a monthly basis, or as a lump sum through a 1035 exchange. However, the annuity payments must be made payable directly to the insurer of the LTC policy. It should also be noted that not all policies accept 1035 transfers.

As you can see, there are many different things to consider before purchasing long-term care insurance. Deciding which option is the best solution can be difficult. However, receiving proper council and doing research will allow an individual to make an informed decision. Some forms of coverage make sense for those who are concerned with protecting the value of their estate. Others, who may have no heirs, may see no issue with spending their assets in order to provide for their care. In such instances, acquiring coverage may not be such a strong priority.