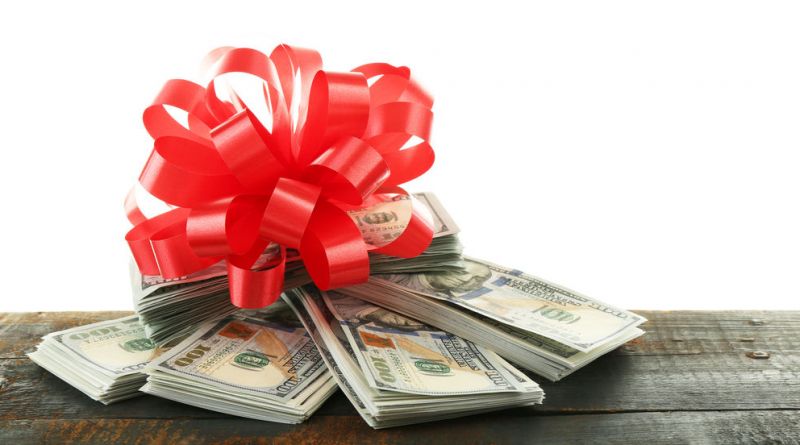 One of the more confusing taxes to grasp for the average American is the gift tax. Despite what many people think, although you can give an unlimited amount of assets to a charitable organization, you are effectively limited to that which you can gift to your own family and friends. A gift in the eyes of the IRS is considered to be “any transfer either directly or indirectly where full consideration is not received in return”.

When gifting assets to someone other than a charity you have an annual exclusion, which in the year 2017 is $14,000.00 per individual, but not in the aggregate. This means you can give $14,000.00 per year to as many people as you like, as can your spouse. So in the event that your child is getting married, and you and your spouse wish to give them a sizeable wedding gift, you may each gift $14,000.00, for a total of $28,000.00. You may also each gift $14,000.00 to your new in-law for a total theoretical wedding gift of $56,000.00. This limit is a per calendar tax year limit, so a $14,000.00 gift in December would not preclude you from giving another gift in January. Should you actually exceed the $14,000.00 in a calendar year, the amount of excess would mean that you should file IRS form 709 for a gift tax return. There are some exceptions this rule though. Among them are:

However, if the gift in excess of the annual limit does not fall under such an exception, that still does not necessarily mean you actually pay a gift tax. Here is where things often get a bit confusing. Each individual has a lifetime exemption in the aggregate of $5,490,000.00 for the tax year 2017. So even with the filing of a gift tax return, there is no actual tax due until you exceed the $5,490,000.00 lifetime cap. In the case of a married couple, this amounts to a total gift tax exemption of $10,980,000.00.

When there is a gift in excess of these amounts, the tax is typically due by the donor. This tax on transfers is essentially determined by what is called a “unified credit”. The unified credit is the amount that either reduces or eliminates the tax owed to the lifetime exemption of $5,490,000.00.

It should also be noted that an outright gift or transfer to a trust in which an unrelated person is the beneficiary that is more than 37.5 years younger than the donor, or to a related person more than one generation younger (such as a grandchild) can be subject to what is called the Generational Skipping Transfer Tax (GSTT). However, in recent years legislative changes have unified the exemption for the GSTT at the same $5,490,000.00 for the tax year 2017.

It should be further noted that many of the exclusions and exemptions are set to be adjusted for inflation in future years, barring any further legislative changes.

Many of these numbers may sound like quite a bit of money. In reality it is a sizeable amount in the way of assets when compared to the average American’s net worth. However in many cases the value of an estate’s assets that might be gifted can be misleading. Perhaps an individual has a family business in which the assets that make up the business may be real estate that is vital to the operation of the business. Yet, the business may produce profits on an annual basis of a substantially smaller dollar value. In such cases, if the assets, or at least a portion thereof, are not properly transferred prior to death, surviving family members could be forced to sell the family business just to pay the taxes due on the estate’s value. There are some deductions and business valuation methods that can be used for closely-held family businesses that aid in mitigating the impact such a situation for tax purposes. However, that is not the only substitute for a proper estate plan.

In other cases a family may have a home of sizeable value while simultaneously having a relatively limited liquid net worth. In such cases this presents an opportunity to re-title property through gifting the title of the home via a trust. This can also serve to protect an individual’s assets within their estate that they would prefer to leave to their family by protecting them from numerous other potential liabilities/creditors. This may be particularly beneficial in areas of health care planning as it removes an asset from the taxable estate should a need for long-term care assistance arise.

The most important thing in the process of evaluating the impact of the gift tax is to essentially maximize the amount allowable for gift-tax purposes without impairing your ability to generate income for yourself during retirement. As a result, real estate, such as your primary residence, which typically does not provide an income, is often one of the more common assets to be gifted into an irrevocable trust. This can also be done with numerous income-producing assets in which the right to any income generated is retained. The benefit of using such an approach can permit an individual or couple to maximize their gift tax exemption as well as protect assets from creditors for multiple generations.

The topic of gifting is an important part of estate planning, which is in general is a very complex one. There can be a number of twists and turns in an individual’s personal estate plan that should encompass the totality of their financial condition, as well as their personal family dynamics. While many of the current exemptions and exclusions are now at thresholds that are much more flexible for the average American taxpayer, it’s always prudent to seek the counsel of an attorney with expertise in this field while working in concert with your financial planner and tax advisor.